EVERYDAY ANGEL is a middle grade series hitting shelves (and book clubs and trade shows and fairs) with Scholastic! The first book, NEW BEGINNINGS, will be in fairs Jan/Feb of 2014 and on shelves in May, followed by SECOND CHANCES and LAST WISHES in subsequent seasons.

The series: EVERYDAY ANGEL is about a very odd guardian angel and the three girls (over the course of three books) she needs to help to earn her wings. It is totally different from my other books (less darkness, death, and destruction, but not less strange), and it’s religion-free* but hope-abundant. Also the guardian angel has a shadow that basically works like a TARDIS. So, yeah! More details to come!

*I say ‘religion-free’ because I know some people will wonder, and because the fact my guardian angel does not belong to a specific mythos was very, very important to me personally.

Meet a guardian angel like no other, from a writer like no other. Bold rising star, Victoria Schwab, makes her whimsical, inspiring, and clever middle-grade debut.

At a first glance, Aria seems like your average twelve-year-old girl. She has coppery hair, colored shoelaces, and a passion for cupcakes. But there’s more to Aria than meets the eye. She can dream things into existence, use her own shadow like a door, and change the world in small, important ways. Aria is a guardian angel. She’s been sent here to earn her wings. But to do that, she’ll have to help three different girls.

Aria’s first mission is Gabby Torres. Gabby’s always been quiet, but ever since her brother got sick, she’s barely said a word.When a new school offers her a fresh start, Gabby wants badly to be someone new, but she quickly learns it’s hard to make friends while keeping half her life a secret.

And then Aria shows up. Aria, who knows exactly what to say and do to make Gabby feel better. Will she be able to help Gabby find her voice? And will Gabby still trust Aria when she finds out exactly what she is? 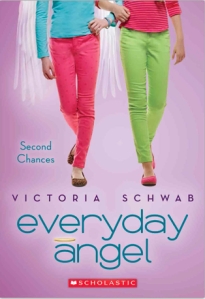 This time, Aria comes to Caroline Mason. At her all-girls’ prep school, Caroline is being bullied. She eats lunch alone and is picked on by her classmates every day. The ringleader of the mean girls is Lily Pierce. But Lily isn’t an ordinary bully: she used to be Caroline’s best friend.

When Aria arrives, she can see Caroline is suffering. But, to Aria’s surprise, so is Lily. What is the story behind Lily’s cruel actions? And can Aria help guide Caroline out of the darkness . . . and into better, brighter future? 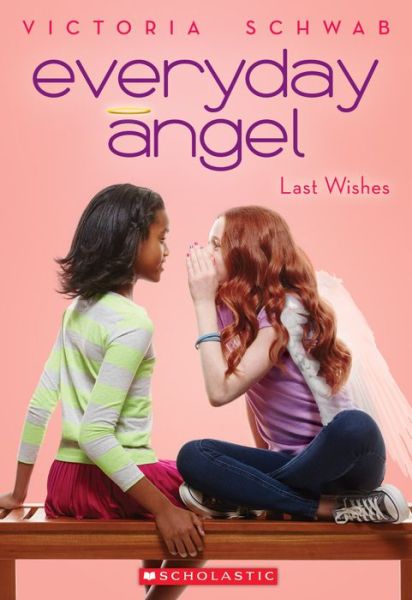 This time, Aria must help Mikayla, whose family is having financial troubles. Her parents are putting pressure on her to be an award-winning dancer. Mikayla wants to help her family, but she’s not sure this is the life she wants. Can Aria help her strike a balance and find true happiness?