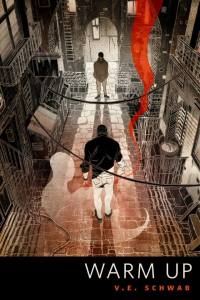 It’s been 297 days since David died–and came back.

He may have survived the avalanche, but the aftermath has been far worse. His wife moved out, taking his son with her, and a devastated David hasn’t left his house since, terrified of the mysterious new power that followed him home from the ill-fated expedition.

After months in seclusion, David’s ready for a fresh start, and ventures out, determined to keep his power in check. But David’s power isn’t the one he needs to worry about.

“Warm Up” is a short story set in the world of VICIOUS. You can read it for free HERE on Tor.com, or purchase it through Amazon HERE.